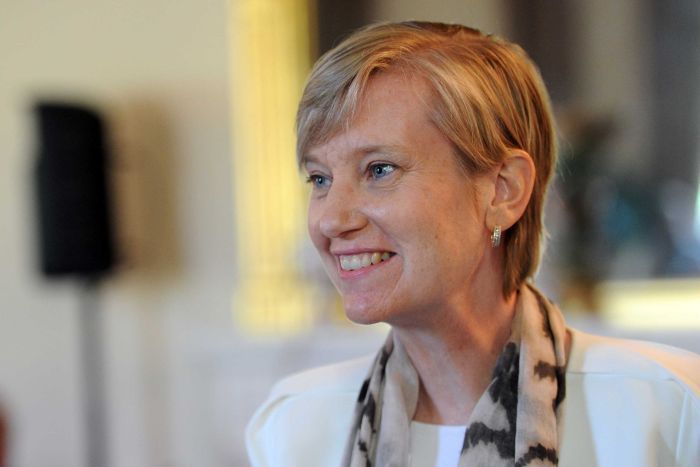 We were greatly saddened to hear that Fiona Richardson, Victoria’s Minister for Family Violence Prevention, has died a day after announcing she was taking more time off after further cancer diagnoses. Fiona is survived by two children, Marcus and Catherine, and husband, Stephen.

The Chair of Vic ICT for Women, Chris Skipper-Conway, said this morning, “She was so influential and the strongest advocate in Government I have ever met when it came to women’s rights.”

“To someone who has made such a difference to the lives of so many women here in Victoria – you will be sadly missed and our thoughts go out to your family. You will not be forgotten.”

In a statement on Tuesday, Ms Richardson said she had intended to work part-time next week, however she added: “My recovery is not going the way I planned”.

“I remain passionately committed to the vision shared by myself and other victim-survivors to eradicate violence in the home within a generation and to end its dangerous and costly impact on families and children,” Ms Richardson said.

Her family has released a statement and said she had passed away “bravely”.

“Fiona’s had a significant impact on public issues at a local, state and national level,” the statement said. “Fiona had unfinished business. She wanted violence in the home to stop and she knew for that to happen, it would take dedication and leadership over the course of a generation.”

Victorian Premier Daniel Andrews said, “In one of her first speeches as minister she said ‘we can do more and we must’. In her memory, we will,” he said.

Devastated at friend Fiona Richardson’s passing. Huge support to me during my journey & for all victims. Thoughts with family, staff & all

We’ve lost a remarkable, brave and inspirational woman. This is so sad. Thinking tonight of everything Fiona Richardson achieved.

Vale Fiona Richardson. A warrior for her causes, a woman of outstanding ability, an MP of conviction. Rest in peace. #springst