On Wednesday 2 August, 400 members of Victoria’s digital technology industry gathered at the #TechDiversity Awards and Gala Dinner to celebrate the people and programs that are making a difference in the world of tech diversity.

Vic ICT for Women was, again, a proud sponsor and supported of the #TechDiversity Awards in 2017. We are regular collaborators with Fabian Dattner and Dattner Grant, and we were absoutely delighed to be able to present them with the Awards for overall 2017 #TechDiversity Champion for the company’s Compass Program and affiliated global Homeward Bound program.

Homeward Bound is a global strategic outreach for women in STEMM (science, technology, engineering, mathematics and medicine), taking the form of transformational scientific voyages to Antarctica that equip women with the leadership, influencing and visibility skills required for key decision-making roles. The program aims to address the small number of female scientists in such roles across government, academia and the commercial sphere.

Dattner Grant’s Compass Program is a women’s leadership and personal transformation program. In accepting the award for 2017 #TechDiversity Champion, Dattner Grant founder, Fabian Dattner, cited a parable where a sparrow tries to hold up the sky:

“One does what one can.” 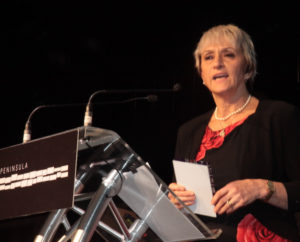 The other major award of the night was the Victorian Innovation Minister’s Diversity Award, selected by the Victorian Minister for Small Business, Innovation & Trade, the Hon. Philip Dalidakis. This was awarded to DCC Jobs(formerly Diverse City Careers) for the company’s ongoing efforts to empower women to pursue rewarding careers and fast-track gender equality. DCC Jobs is the only jobs platform in Australia which pre-screens employers based on their policies and initiatives around supporting women in the workplace.

Runner up for the Victorian Innovation Minister’s Diversity Award award was app developer Cultural Infusion for its Joko’s World series of interactive learning apps, which blend global folk music, geography and culture to broaden understanding and acceptance of different cultures in children aged 7-14.

#TechDiversity Award winners were also named in the four categories of Business, Education, Government and Media and Advertising. Like the #TechDiversity Champion, these groups demonstrated outstanding expressions of behaviour, initiatives, commitment and courage in the pursuit of inclusion.

The winner in the Government category was web developer Seamless for its Seamless Web Accessibility Group – a working group of subject matter experts who drive accessible web design practices across the company, leading to improved accessibility standards of more than 50 local government websites.

The winner in the Business category was Vodafone Hutchison Australia for a series of initiatives designed to attract and retain diverse talent, as well as foster a diverse talent pipeline. In addition to addressing the gap between male and female representation in STEM, the company’s diversity expanding events also focus on the LGBTI+ community.

Dattner Grant and DCC Jobs took out the #TechDiversity Award Education (for Homeward Bound) and Media and Advertising categories respectively. 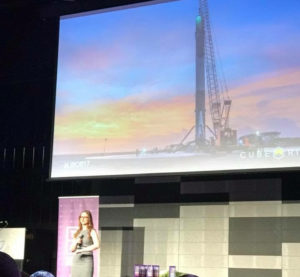 In addition to the awards presentations, the #TechDiversity community also heard an inspiring keynote address from Solange Cunin, 24 year old CEO of Cuberider, which is the first Australian organisation to win government approval to fly a mission to space.

Vic ICT for Women congratulates the #TechDiversity Foundation and its team for putting on a sterling event and continuing the champion diversity in tech careers. We were thrilled by the calibre of nominees and winners.